IT’S the airline you can’t fly on. Unless you’re royalty, or a government official in Qatar, that is.Sarah Steegar, a flight attendant with a major US carrier for the past 15 years, sheds some light on what could be the world’s most mysterious carrier.

The first I’d heard about this airline was an encounter my friend Adam claims he had with them.
He said he was checking into a Mandarin Oriental hotel when an airline crew caught his eye. It was a large, commercial-sized crew that were decked out in Cartier watches and other eye-catching gear. The captain — standing beside him at the desk — presented a black AmEx card to the staff which allegedly had “pre-approved for $100,000 in charges”. 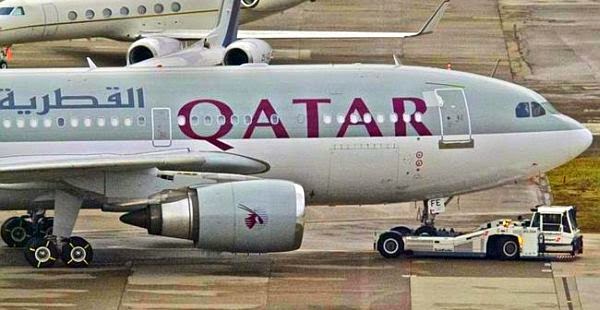 My friend thought I might know something about this mysterious operation. I didn’t, and I was as intrigued as he was.

Adam claimed he’d managed to grab a brief word with one of the flight attendants. She said their airline was called Amiri — a “VVIP airline” from Qatar that didn’t carry commercial passengers. Unsurprisingly, details beyond that are not too easy to come by. Here’s what we know.

The airline’s full name is Qatar Amiri Flight (QAF), an airline for both the royal family and high ranked government staff of Qatar. Its fleet is reportedly 11-13 strong and all mostly Airbus planes, except for a few 747s. It staffs about 100 cabin crew and only hires Captains (First Officers need not apply).

Part of Qatar Airways, it has been going through a restructuring over the last five or six years, fully separating it into a separate entity with its own CEO (rather than Qatar’s Akbar Al Baker). Still, most of Amiri’s fleet is painted with Qatar Airways’ livery.

The cabin staff are thought to be exclusively recruited from Qatar Airways, maybe because few outside applicants will have even heard of the airline. The application is seemingly open to the public, though interviewees are informed that, if accepted, they must first work Qatar Airways main line First Class for three to six months (sources vary), so this may also contribute to the idea that working for QAF is exclusively a Qatar Airways promotion.
The pay is advertised as “very appropriate”. The top listed “skill” requirement on the application is “a deferential personality”.

Obviously, there are other VVIP airlines (e.g. Saudi Ogar, Kalair, Ajwaa, Midroc, Al Khayala and Royal Jet — which is 50 per cent owned by Amiri), but for some reason Amiri seems to stand out.
I can’t help but be intrigued. It’s like hearing about a new country.
Posted by Jamal Panhwar at 3:03 AM